Fraction worksheets include hundreds of printable handouts with exclusive pages in each sub topic. After the sub topics, you can find plenty of worksheets that include complete review of fractions.

Explore the Fraction Worksheets in Detail

Open the door to understanding fractions for the early learners in kindergarten through grade 3 with our halves, thirds, and fourths worksheets! Kid-friendly illustrations, engaging exercises, and hands-on activities allow children soak up everything about halves, thirds, and quarters.

Want the child to be adept at identifying fractions in a jiffy? Go great guns at finding numerators and denominators, completing the table by forming fractions, and more with these dynamic pdf worksheets.

Fractions on a Number Line

These fraction worksheets on number line help kids to visually understand the fractions.

Add like, unlike, proper, improper and mixed fractions. Special fractions such as unit and reciprocal fraction included.

Free subtraction worksheets include all types of fractions build with various skill levels.

Learn how fraction applied and used in real-life by practicing these word problems.

Explore our fraction comparison worksheets to effortlessly compare two fractions with like and unlike denominators. With a wide-range of models and exercises, these pdfs are a great practice tool for children.

Which is greater, 1 2/5 or 2 5/6? Compare such mixed numbers instantly and flawlessly with a devout practice of our mixed number comparison worksheets!

Arrange the fractions in either increasing or decreasing order.

Fraction into Decimal and Percent 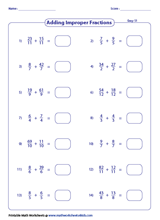 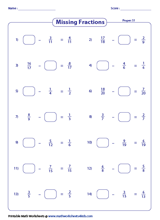 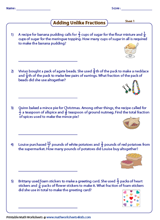 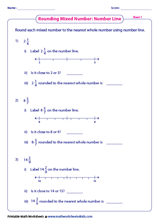