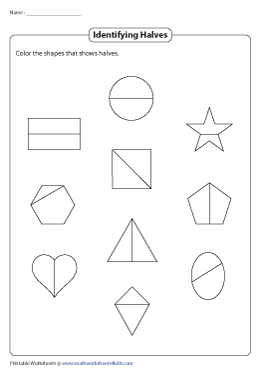 What are halves? Explain to kindergarten and 1st grade kids that when we partition a shape into two equal shares, we get two halves of it; task them with coloring a circle, rectangle, triangle, etc., that shows a half. 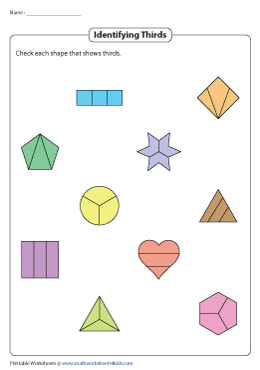 If we split a shape into three equal parts, we have three thirds of it. This segment of our printable halves, thirds, and fourths worksheets has 2D shapes, and the job is to check the shape that illustrates a third. 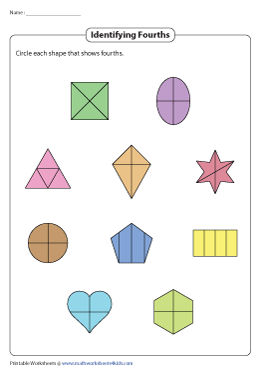 Fourths, or quarters, occur when we divide a shape into four equal shares! Such shapes will have four fourths, or four quarters. Study the shapes in this exercise; circle the shape that represents a fourth. 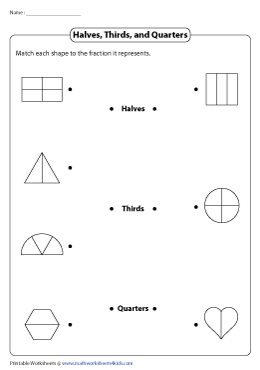 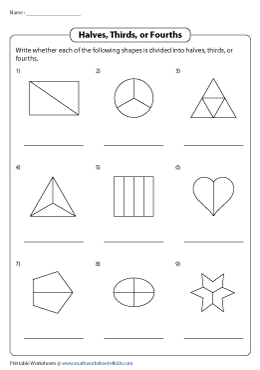 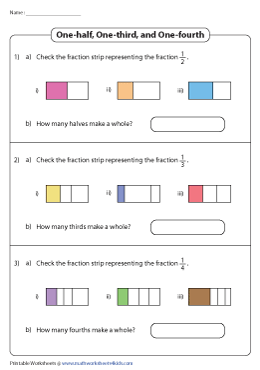 Fraction strips, or tape diagrams as they're often called, are lucid and effective models whose depiction of fractions is readily intelligible. Select the tape diagrams that represents the fractions 1/2, 1/3, and 1/4. 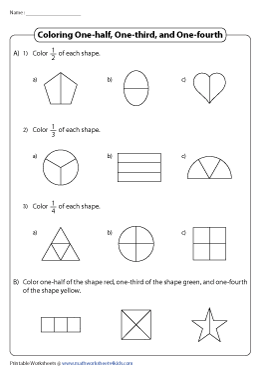 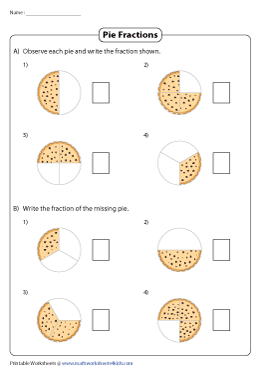 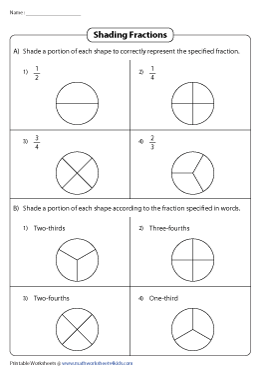 Explore another layer of the topic with this printable no-prep exercise and know the numerical and word forms of simple fractions! Shade the portion(s) of the circles according to the fraction specified in words and numbers. 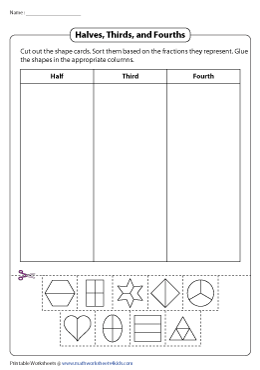 Here's a cracker of a resource for kindergarten, grade 1, and grade 2 kids! Cut out the shape cards; analyze the parts of each shape; sort them as a half, third, or fourth; and glue them in the appropriate columns. 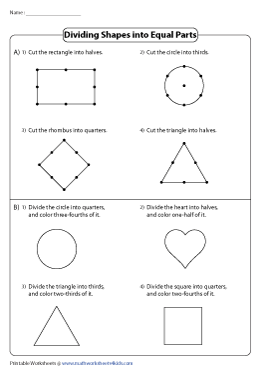 Hammer home the fact that fractions denote equal parts of a whole! Divide the 2D shapes equally into halves, thirds, or quarters as directed in part A. Make partitions and color the portions as instructed in part B. 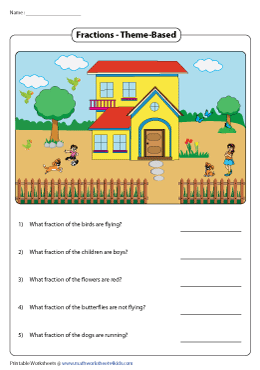 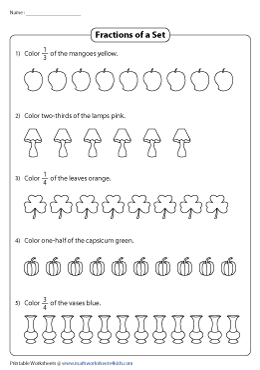 Further up your practice of fractions with this halves, thirds, and quarters worksheet for grade 3! Take the real-life objects in each set as one whole, and color some of them to show the indicated fractions. 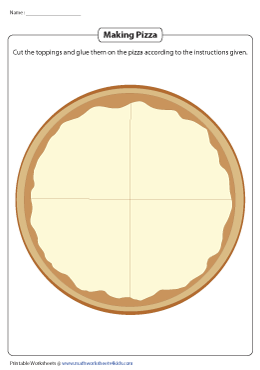 Eat pizza real juicy, or don't eat it at all! The pizza crust is ready. All there's to do is spice it up with your choicest toppings! Follow the given fractions as you cut the toppings and glue them on the crust.

»Fractions on a Number Line