A verb should be consistent with the subject in all its characteristics, which is subject-verb agreement. While most other languages require the subject and verb to agree both in number and gender, English verbs aren't conjugated in number, and so only the number matters here. Our subject-verb agreement worksheets keep students from grade 3 to grade 5 informed about every facet of this grammatic aspect, and eliminate any impediments en route their success journey, ensuring the subject-verb consistency at all times. Examples are provided in each worksheet. 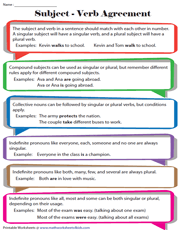 This worksheet accumulates all the important subject-verb-agreement rules, and condenses these into a simple and easy-to-remember chart. Your child deserves nothing short of the best. 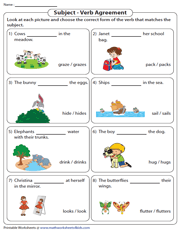 Here's an exciting worksheet where children decide which of the two verbs best fits in each sentence. The images help while they confirm whether to go ahead with the singular or plural verbs. 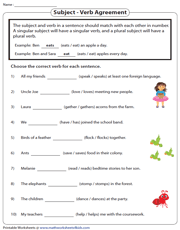 Encourage your learners to put their subject-verb-concord knowledge to practice, by choosing the correct verb for each sentence. If they read the given direction, they'll do well. 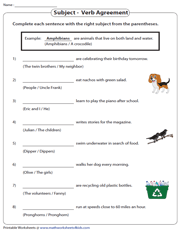 Help your children stand out from the crowd, as they complete sentences using the right subjects. The idea is to add depth to their subject-verb-agreement awareness. 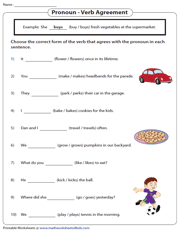 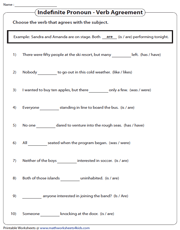 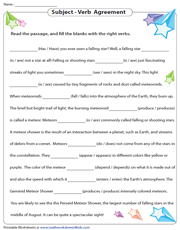 Stars are truly extraordinary. Let children read this passage, and fill in the blanks with the correct verbs from the parentheses. This helps reinforce the subject-verb-concord learning. 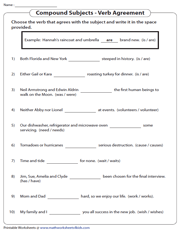 Prepare your students so rigorously that they're super clear about verbs for compound subjects. Count on this PDF, to instantly establish and rectify the common mistakes in this topic. 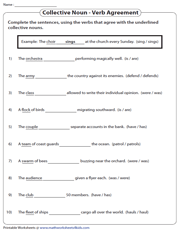 The choice of a singular or plural verb with a collective-noun subject depends on the collective noun you've in a sentence. This worksheet helps master this often-elusive point. 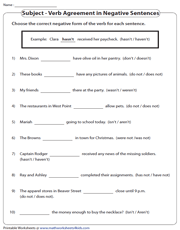 Is that a don't or doesn't? This is a question you must've heard your child asking a billion times. This PDF has every subject-verb-agreement detail related to negative verbs. 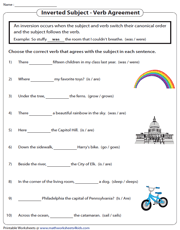 Ask your youngsters to be extra careful while writing sentences with inverted subjects. This PDF, with a set of ten sentences, helps the young learners confidently sail through the topic.